Kate Brown declares Pro American protestor emergency. These guys even applied for a permit to hold a rally, and were denied because Portland and Commie Kate only allow Burn Loot Murder ‘protests’ 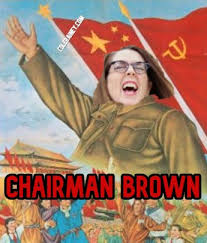 For over 4 years Commie Kate and Portland leadership have allowed the Communists to use Portland like a Al-Qaeda training camp, testing their violent militant tactics on the general citizens. Never once, in the years of Raping, Burning, Looting and Murdering has she declared a state of emergency to stop the Communists. The message is clear, the Dems are going to let their proxy army of communists come to your homes, rape your wives and children and Murder you in your own front yard, and Commie Kate is going to be laughing with glee the entire time.